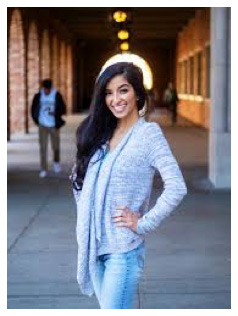 Thank you so much for supporting me with a scholarship to continue pursuing my doctoral degree at the University of Oxford. I am so grateful for your generosity and kindness. Because of your help, I am able to study something very near and dear to my heart. My research studies the ethical debate surrounding female death row inmates sentenced to capital punishment in the United States. Through the lens of the US Constitution’s Eighth Amendment, my research examines how the changing definition of “cruel and unusual” since 1689 in the original English Bill of Rights complicates the debate surrounding the ethics of the death penalty.

I currently run a nonprofit organization aimed at empowering at-risk women so my focus in life is to continue advocating on behalf of women - all women! As such, my research in the DPhil program concerns the wellbeing of women on death row in the United States. Interestingly enough, this is a population of individuals that has never been studied comprehensively so they are remarkably misrepresented and misunderstood in scholarly literature and media!

When the pandemic first hit, my family was immediately affected in a number of ways. I had to fund my own studies through working amidst studying as well as through my living stipend. With a medical concussion myself, the American Friends Scholarship provided me a great help during this difficult time in my life! I am forever grateful! 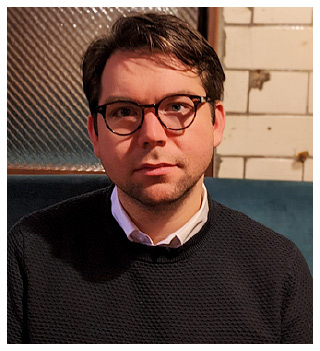 I would like to thank the donors for supporting my research at Christ Church. The Graduate Scholarship awarded to me has made it possible to continue to pursue my DPhil in musicology, and I truly appreciate the financial support as I finish the degree. My thesis, entitled Empirical and Modelling Approaches to the Psychology of Musical Awe, seeks to understand experiences of awe from powerful responses to music through participant-based examination and experimentation. Holding a BA in religious studies (Indiana University) and an MA in the psychology of music (University of Sheffield), this research project is in many ways an amalgamation of my long-term academic interests and explores the philosophical theories of awe and the sublime through an empirical and musicological lens.

This interdisciplinary research adds to the fields of music and emotions, musical perception, and musical aesthetics through its experimentation and stimuli database construction. My DPhil thesis is scheduled to be completed in 2021 and many of its ideas have already been presented at international research conferences relating to music cognition and psychology. Alongside my doctorate work, I have also contributed to research on music and identity. In 2020, Music & Science published my article, Autobiographical Significance of Meaningful Musical Experiences: Reflections on Youth and Identity. Again, I would like to express my gratitude for the support that allows me to fully explore my academic interests at Christ Church and contribute novel and exciting musicological research. 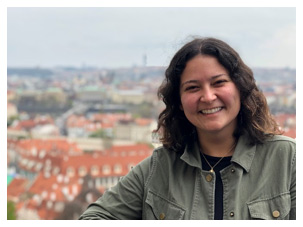 For me, this year has offered constant reminders of how fortunate I am to be able to continue my research, albeit in a different form as we attempt to navigate the complex world of neuroscience research during a pandemic. While we had hoped that this year would mark the beginning of our major psychopharmacological study looking at a model of schizophrenia and the corresponding neural correlates, lockdown meant that much of my work came to a jarring halt in the spring. And while this movement out of the lab seemed devastating at the time, it allowed me to take a step back and think critically about my own work and what I was hoping to discover. I spent this time developing innovative analysis methods and working to understand how we could become more effective not only in our data analysis but also in our data collection when allowed to return.

Despite working from my living room rather than the laboratory, the next few months proved to be some of the most productive of my degree. Since the fall, I have worked closely with my department to implement new policies for safe human research, ultimately becoming one of the first Oxford neuroscience researchers to restart electroencephalogram testing. I have now returned to the lab with a renewed passion for my work and a drive to make the most of my remaining time here.

During the fall of 2019, I was honored to represent Christ Church at the Head of the Charles Regatta. The race was a true highlight of my time at Oxford, as it allowed me to return to the US to row in front of my old Harvard friends and my father. I will continue to cherish the memory of that weekend for the rest of my life.

While 2020 has certainly been a trying year, it has also been an unparalleled setting for growth and achievement. Such opportunities would not be possible without your very generous support, and for that I offer my deepest appreciation. My time at Oxford has meant so much to me, and as I continue to make the most of the unique academic and athletic opportunities here, I am profoundly grateful for the chance to grow as a person, a scientist, and a rower in such a glorious setting amongst such great minds. Thank you for all of your support and generosity, and please know that this support serves as a major motivating force to achieve great things during my time here and beyond. 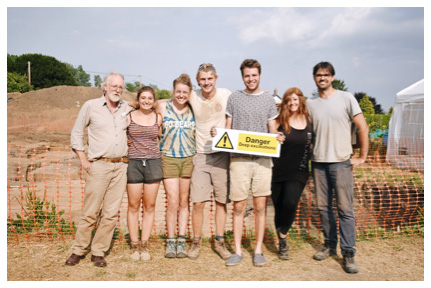 I received funding from the American Friends twice – in 2016-2017 and in 2017-2018, while working to complete my D.Phil. in Roman Archaeology. My progress has been somewhat delayed due to a medical issue (a problem with my eyes). This year marks the first in the entire time I have been doing the DPhil during which eye trouble has not dramatically impeded my work, and it has been an extremely fruitful year as a result. In the autumn (2017), I got the chance to teach a Freshmen Seminar at Kalamazoo College. I immediately accepted – UK graduates often have difficulty “breaking into” the US academic job market, largely because of perceived differences between the two systems. I was very grateful for the opportunity for more US teaching experience, and for the very positive student evaluations and course materials that can now be added to my “teaching dossier.”

While teaching took up a great deal of my time in the autumn, I did manage to collect data from 107 archaeological sites in Cambridgeshire for the third case study in my thesis, which looks at the economics of rural settlement in Roman Britain. My thesis sits at the juncture between archaeology and economic history and seeks to challenge some of the economic-historical orthodoxy that has grown up around social status in the Roman world. Specifically, many historians (and archaeologists) now believe that the majority of the Roman population is/was “archaeologically invisible.” The idea is that Roman “peasants” were so poor that they would only have used ephemeral materials (such as wooden houses, wooden bowls, etc.) that do not survive well in the archaeological record. A vast amount of excavation has taken place since planning guidelines were put in place requiring archaeological investigations on all development sites: hundreds of thousands of excavations have been done, and these have turned up a significant amount of “ephemeral” buildings from the Roman period. My thesis looks at all excavations in a series of 4 micro-regions, arguing, first, that representative sites from the full range of Roman settlements have been excavated, and second, that these excavations demonstrate a higher level of market connectivity on rural sites than is often imagined.

I was able to use part of my American Friends Scholarship to pay for a new computer. The computer has transformed the mapping part of the DPhil process, making it possible for me to make complex maps and run calculations of the sort I’d previously thought I was too much of a “tech dinosaur” to ever be able to do. The computer has also helped me with the occasional pain I still experience when working intensely, with a big and completely unexpected impact!

It has been a joy to be able to spend my days fully immersed in my thesis for the first time since having eye surgery, and this has been made possible partly by the support of the American Friends Scholarship. I’m extremely grateful for that support – which (in addition to the financial benefit) has also given both myself and some of my friends (also beneficiaries of the scholarship) the feeling of being a part of a larger community at Christ Church and in Oxford.

Thank you very much for your support!

It's hard to imagine a better place to study the History of Art than at Oxford and Christ Church. Lurking around every corner there is treasured painting, a glowing stained glass, or an ancient stone that encapsulates the rich history of not only of the House, but also the history of art. In such an environment it is so easy to be constantly inspired to ponder humanity's complex relationship with art. I came to Oxford for just this opportunity, to see and experience the works of art that in the States are confined to museums and textbooks. Easy access to the treasures of this country and Europe has expanded my research in innumerable ways. I am so grateful for my American Friends of Christ Church Scholarship, which will allow me to continue my research in museum collections across Europe and to share my findings at conferences in the UK and US, thereby enabling me to better position myself as an academic whose work is known on both sides of the Atlantic. 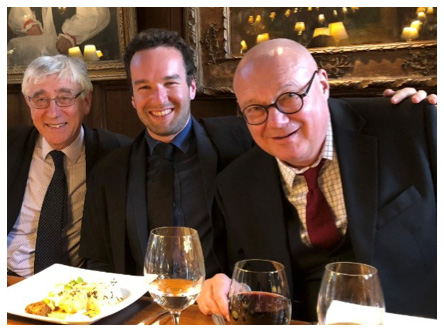 Among the proudest moments of my life was recently welcoming BBC presenter Tanya Beckett and the BBC World TV crew to a spacious medieval hall in Tallinn, Estonia: we were filming a just-for-TV performance of my financial opera, which I wrote during Hilary Term at Christ Church in 2013. As the orchestra (not just any, but the 2014 Grammy-award-winning Tallinn Chamber Orchestra) was setting up, I spoke to the presenter about the nature of writing such a piece (and others that have followed) not in an artist's solitary confinement, but in the very center of one of the world's finest research universities - Oxford. When I came here two years ago, with your support, I had promised to focus my studies not just on my degree requirements, but to try to make classical music relevant again, to pay back your very generous investment in visible, actual results. I have understood, being at Oxford, that the life's work of a musician is not simply the creation of art, but also its sustainment, ensuring that it exists, and that future generations develop it further. My gratitude certainly extends to your financial support and to your dedication the College's future. But I would also like to thank you from the bottom of my heart for giving me the chance to be in an environment where the tasks we set for ourselves as scholars extend beyond our chosen fields of study, to those where we really can make a difference in the world. I hope, as a future American graduate of Christ Church, to be able to do the same for future students here, as you have so selflessly done for me now.